The 125W flash charging technology is built on the existing 65W SuperVOOC 2.0 charging protocol. The VOOC charging protocol has always focused on increasing the current (instead of the voltage) to increase the total wattage. The 65W SuperVOOC 2.0 supported up to 10V / 6.5A. But now, with the 125W Flash Charge technology, OPPO has doubled the voltage with the current remaining more or less the same.

Here’s a first look at 125W Flash Charge technology in action. It can fully charge a 4,000mAh battery in 20 minutes. 🤯 #FlashForward pic.twitter.com/EWtfGcsL4m

In order to achieve an incredible 125W, the OPPO Flash Charge increases the voltage to 20V while the maximum current drops a little to 6.25A. This is further made possible by significantly improving power density properties. Instead of two 3C cells found on the SuperVOOC 2.0 tech, the new Flash Charge protocol utilizes two 6C cells. This marks a breakthrough in the battery ratio (this ratio is defined as the charge and discharge ratio of the cell). The new technology further comes with industry-leading multiple battery tab structures, three parallel charge pumps, and an integrated MCU (Microcontroller unit) for improving charging efficiency. 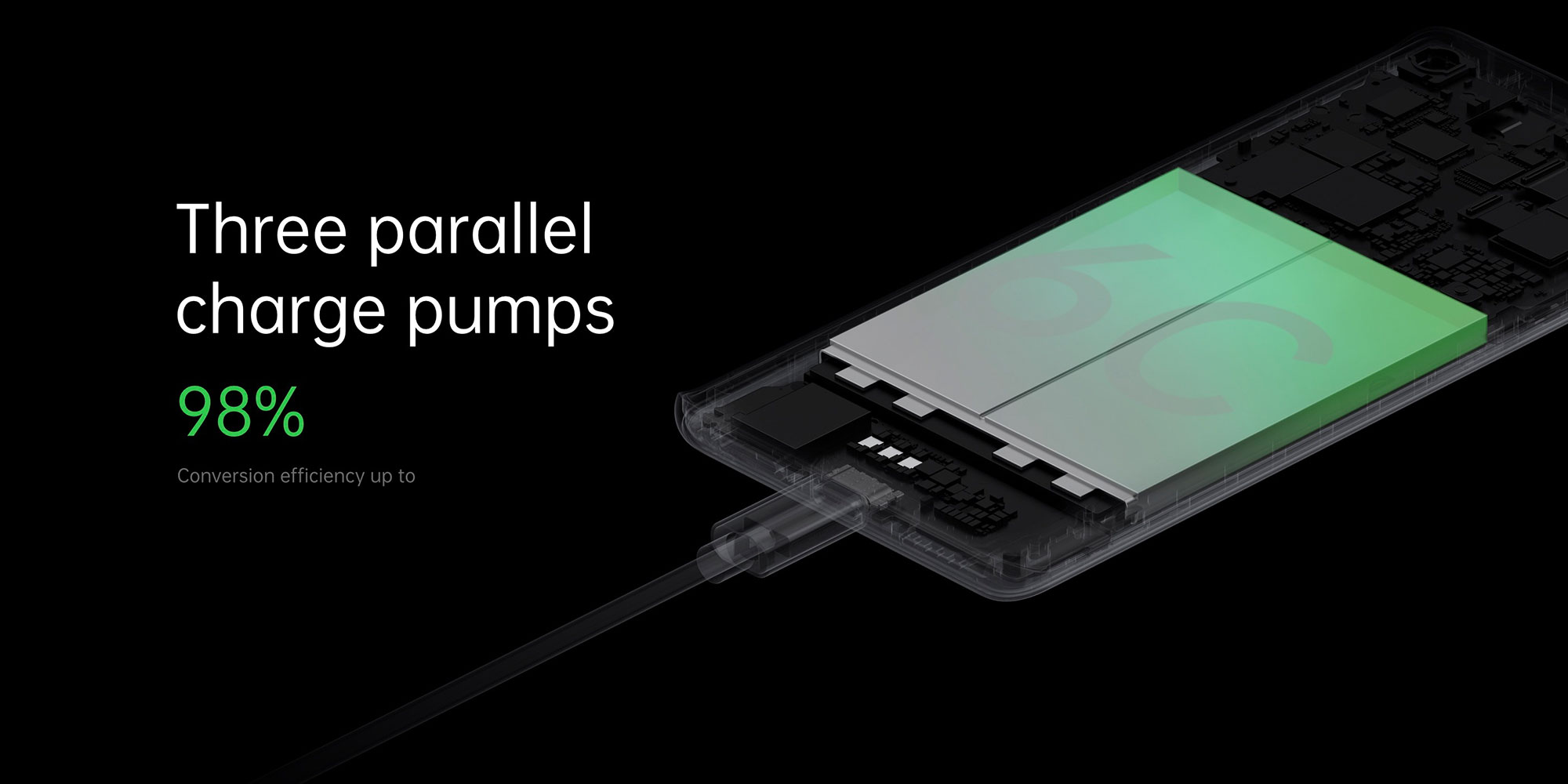 The 125W flash charge technology is compatible with the previous versions like SuperVOOC and VOOC protocols. It even supports mainstream charging technologies like 65W PD (Power Delivery) and 125W PPS (Programmable Power Supply).

Given the extremely high wattage being thrust into the smartphone, OPPO has also worked on its safety protection features by adding 10 more temperature sensors to monitor the charging status. Other safety measures include fuse overvoltage protection, Type-C to Type-C wire as well as 128-bit high-strength encryption algorithm.

In fact, in a graph, OPPO revealed that the 65W AirVOOC charges a phone at the same time as its 65W SuperVOOC 2.0 wired charging technology. 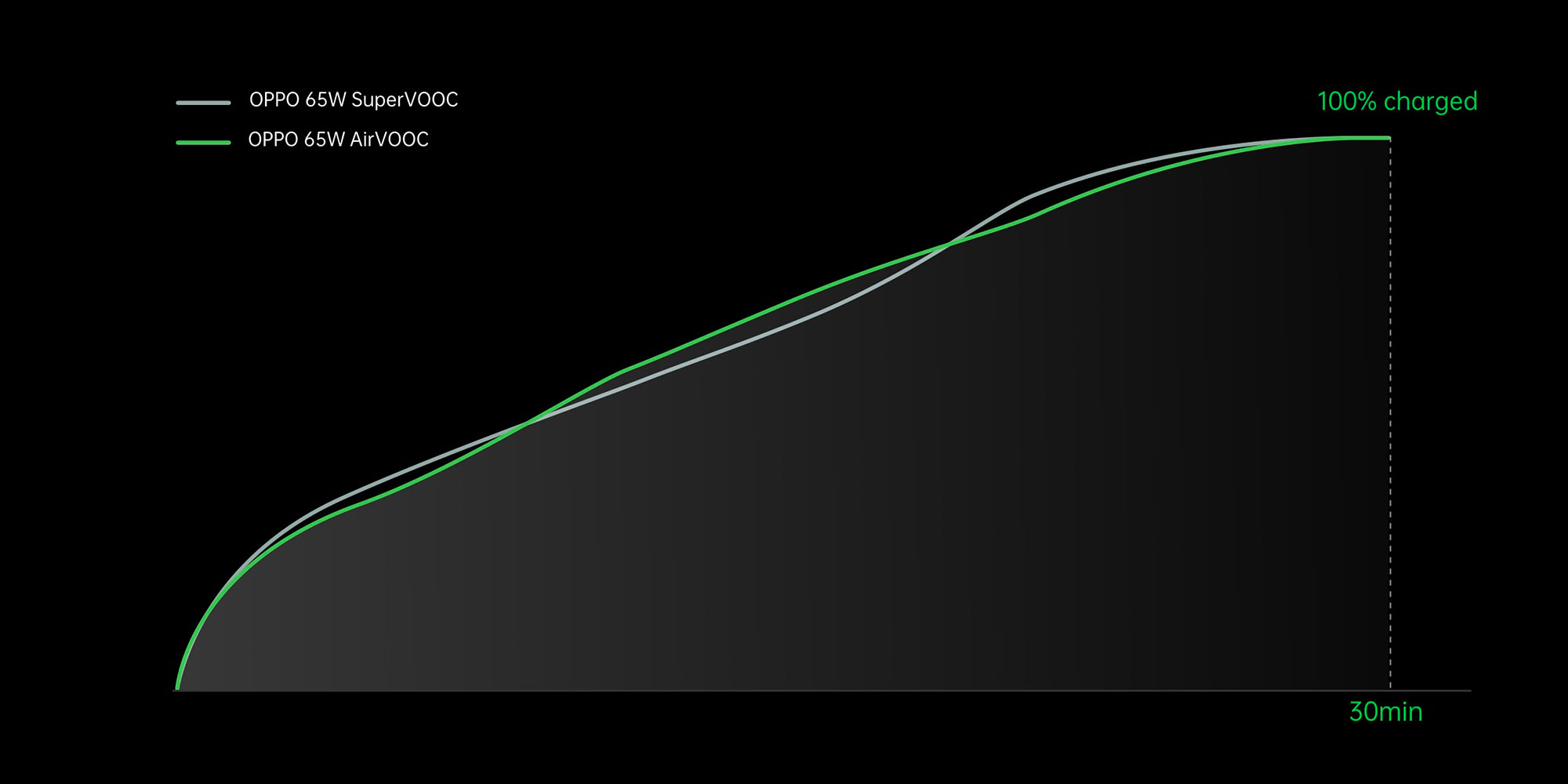 OPPO also revealed a conceptual wireless charger based on its 65W AirVOOC wireless flash charging technology. The charger comes with a sculpted-glass body which is made of moldless rapid prototyping technology. OPPO reveals that this is the first application of this type of technology in the consumer electronics market.

At the bottom of the charger, there’s a semiconductor cooler for better heat management. This allows the temperature of the phone to be 2°C lower than using a traditional fan for heat dissipation.

Unfortunately, we have no word on the release date or pricing of this 65W AirVOOC wireless charger. We also don’t know when we’ll see a smartphone with this 125W Flash Charge technology.

Nevertheless, this is a big leap in smartphone charging technology. And it’s becoming evident that charging a smartphone won’t be a pain point for users in the near future.

UP NEXT: Huawei is facing a lawsuit regarding Image Processing patents

Who’s BBK, the second largest telephone producer on this planet?

Linux might win over extra PC players from Home windows due...

23rd January 2020
We provide you with the latest breaking news and videos straight from the Mobile phone industry.
Contact us: contact@bigmonster.net